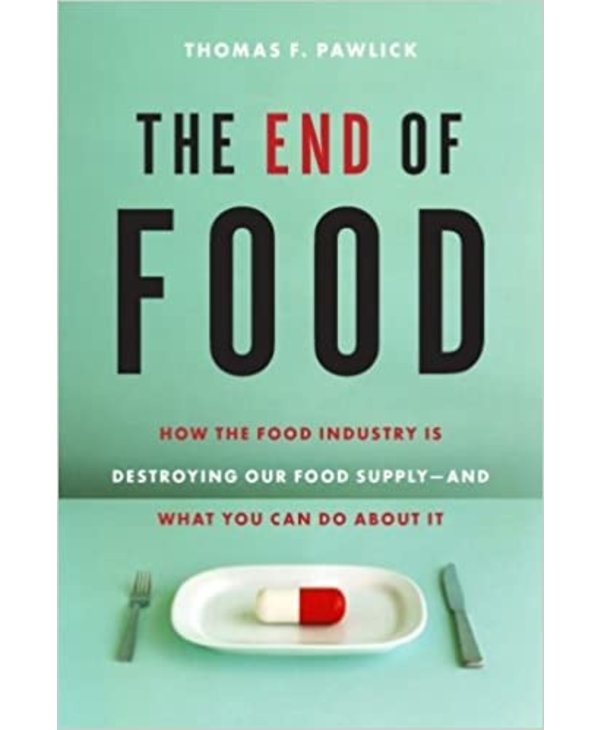 The End of Food

Disaster looms in our current method of food production. The vitamin, mineral, and nutritional content of food is in shocking decline, a decline that is coupled with an equally shocking increase in the most noxious, often outright toxic contaminants in our food. Based on hard scientific research, The End of Food exposes the cause of this crisis—and industrial system of food production geared not to producing nourishing food, but to producing maximum profit for corporations.

Pawlick does not simply sound the alarm bell—he advocates a rejection of the current food production system. His mission is to raise consumer awareness so that individuals will no longer buy foods that are produced for the highest profit rather than for nutritional content.